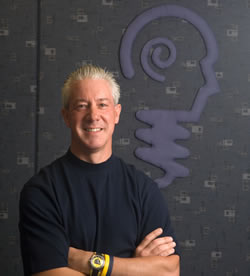 “Innovation and idea creation are the buzz and currency of the 21st century marketplace. But innovation without market application is an unrealized opportunity. At Nerac we strive to create value for customers by distilling simplicity from information chaos and defining clarity and purpose in a world of nearly infinite choices.”

Since acquiring the company in 1999, President and CEO Kevin Bouley has guided several key transformations in the service offering and is a primary architect of Nerac’s business model evolution.

“As an entrepreneur and leader of an entrepreneurial organization, nothing thrills me more than seeing our fingerprints on the new products and applications our customers bring to market,” Mr. Bouley says. “We celebrate and take pride in our client’s victories as though they are our own.”

Mr. Bouley, who has spent his entire career at Nerac, worked in sales and various accounting positions for seven years before being promoted to Vice President in 1987. Since then, he has been acquiring, developing and honing the skills that have made him an effective leader.